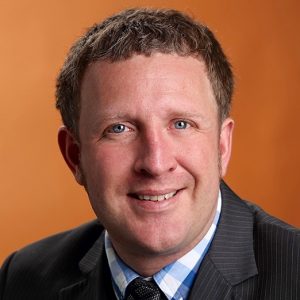 One of the things Grant Rix of Groton finds fun and challenging about farming is the diversity of the operation. A farmer wears more than one hat.

“You can be an accountant in the morning and a mechanic in the afternoon,” says Rix, who chose this profession because he loves working with the land and the crops. Having grown up on a farm, he wanted his family to do the same, and they now live on their base of operations.

After graduating from South Dakota State University with an agronomy degree, Rix went to work as a corn-breeding researcher with Monsanto in Omaha, with plans to eventually return to the farm. In 2009, he did move back to the farm and now works with his father Roger and brother Jarrett. They raise corn, soybeans and some wheat. The operation, which had been no-till since the early 1980s, switched to minimum till five years ago.

“We are so heavily reliant on exports that we need to find a way to utilize corn at home to help stabilize markets,” he says.

Rix is treasurer of the Brown County Watershed District and serves on the SDSU Northeast Research Farm advisory board.  He also serves on the Groton Area School District board of education, is president of the Northeast Special Education Co-op and is a township board supervisor.