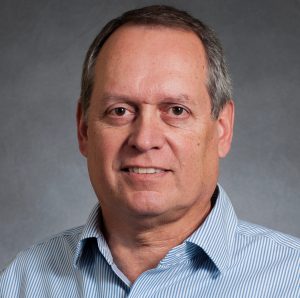 Mike Nickolas of Aberdeen is an industry representative on the South Dakota Corn Growers Association board of directors. He is executive vice president of the Agtegra Cooperative grain division.

In February of 2018, North Central and Wheat Growers unified to form Agtegra. Nickolas became executive vice president of the grain division for the innovative, farmer-owned grain and agronomy cooperative that has more than 6,700 active members in eastern South Dakota and North Dakota. He also served as a director on the South Dakota Grain and Feed Association.

Nickolas says he chose this profession to follow in the footsteps of his dad, who was a co-op manager. He says the most important issue facing grain/agronomy cooperatives today is that the labor pool is very small, which makes it challenging to attract and retain quality people. He decided to serve on the Corn Growers board because it provides a good opportunity to represent the industry.

Nickolas graduated from Bowdle High School and earned degrees in business management and marketing from Northern State University. He and his wife, Rose, have four grown children and three grandchildren.